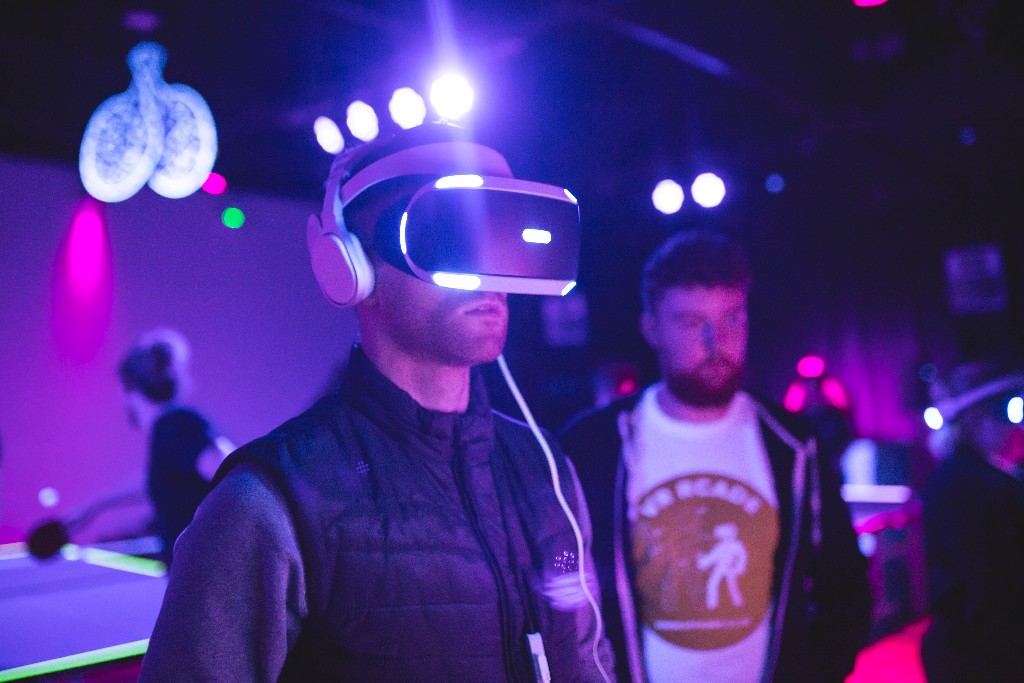 Stag dos have reached a new level: VR parties. Boys and girls alike choose to have a different kind of fun in this new digital age and have ended up replacing alcohol fueled moments and nights in strip clubs with a competitive and completely immersive way of entertainment.

Not once did we host such a day at Gateway VR Studio, where friends decided to throw a VR bachelor party and organize a real competition between themselves, where the highest score wins and the groom is not necessarily the biggest winner of the night. Since we have a bunch of multiplayer games, bachelors coming in for some fun end up either fighting together against invaders in games like Raw Data, Cowbots & Aliens or QuiVR, or against another in a quiet game of Catan, or try their athletic form in a Sprint Vector race. If you don’t fancy shooting at stuff and fighting off invaders, you can pick up an Escape Room experience from a large selection, that will boggle your mind and put your grey matter to work. Try and find an exit before the time runs up in experiences like Nevrosa Escape, Tales of Escape or Abode. 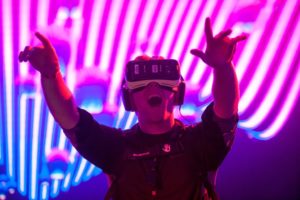 Stag dos are a trend that has reached Romania for some years now, and Bucharest is full of offers and ideas, and those searching for something new have found VR parties the best option. It’s an innovative idea that costs even less than a traditional party and it can hold up the whole gang since the studio can be rented out for such events. Because we are at the Fabrica club, you don’t have to go too far for an extra dose of fun, the restaurant is close by, you can reserve as many tables as you need for relaxation and break from playing, and if it’s a weekend night you can move over to the club for some dancing. The Gateway VR Studio team knows exactly what games to recommend to keep everyone hyped the whole time, all you have to do is asked: we have options for hard-core drivers, football fans, shooting fans and artists in case you don’t want to try the same multiplayer experience.